It’s been a year, time to say goodbye to Hank and hello to Koda 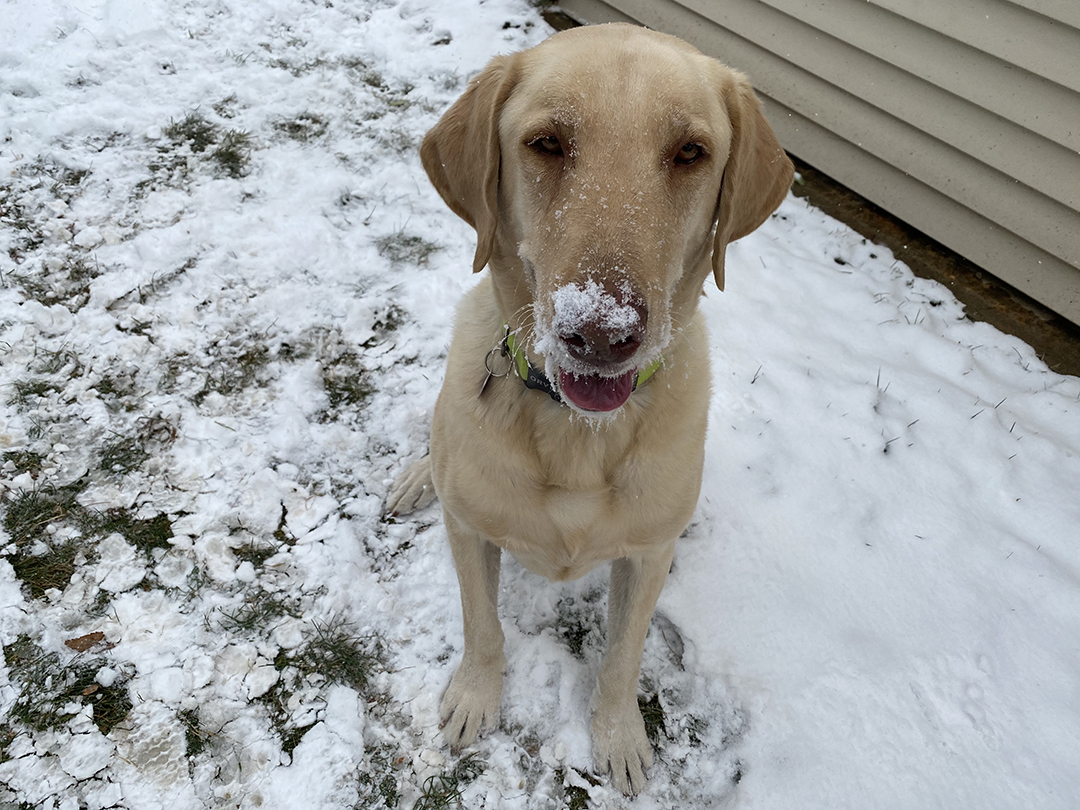 One year ago yesterday, we had to say goodbye to our beloved Hank, the third Labrador of 3 lovable labs.

Due to a family member needing me in Colorado, Darrell, Hank, and I left Fort Lauderdale on July 6th. Not in any hurry, we planned on taking a week to make the journey.

Shortly before we left, Hank started scratching his ears and shaking his head a lot. We figure he probably had the typical Lab ear infection. Since I needed to get the appropriate papers to take him across state lines, I also had the veterinarian look at his ears.

The vet who saw him, I had never met. Since this was during COVID-19 and no one was allowed in the clinic, we communicated only by telephone. We had been going to the clinic for over thirty years. Our original vet had sold the practice several years ago, and the vet who bought it had recently sold it to National Veterinarian Associates. Ugh, corporate-run veterinarian care.

Over the phone, she told me, “His ears don’t look that bad, but since you are traveling, I’m going to put him on Rimadyl for fifteen days.” After they finally got the traveling paperwork correct, whoever was filling it out kept misspelling our names.

That night July 2nd, at dinner, we began giving Hank the Rimadyl. Everything was fine until early in the morning on July 11th. Heading into our last day of travel, Hank vomited early in the morning, and afterward, I took him out for a walk. Suddenly he couldn’t walk, his hind legs stop and he just sat there. We got a luggage cart and got him on it and back into the hotel room.

For the first time in seven years, he turned his nose up to any food. After about twenty minutes, he was able to walk again. We loaded up the car, and he took his place in the back seat. He never ate for the rest of our journey, nor would he get out of the vehicle.

Once we reached our destination, we got him in the house, and Darrell realized how bloated his belly was. Immediately we took him to a pet emergency clinic, and five hours later, we said goodbye to him.

The vet back in Fort Lauderdale should have never put Hank on Rimadyl. It was well documented in his chart that he had severe stomach issues. The Rimadyl caused ulcers, and early in the morning on July 11th, they began to rupture.

There is no replacement for him; we decided to get another Lab right away. We had only been without a lab for two and half years in twenty-eight years.

Like we did when we got Drake and Hank, we turned to Labrador Rescue organizations. One good outcome of COVID-19, by this time, rescue dogs were hard to come by. We were also picky as we only wanted a purebred Lab.

I got an email in the middle of August about a “big yellow boy who was over 100 pounds” and was about to be surrendered. Was I interested?

I wrote back I was, and that we love the big boys. Max topped out at 115, Drake was a 100, and Hank was our runt at 82. But we had never had a yellow Lab, only black, and in our hearts, we still wanted another black Lab.

As we got a little more information about him and saw pictures of him, it didn’t matter whether he was black or yellow; we wanted him.

To this day, we still don’t know Koda’s real story. Supposedly, he was an original owner surrender, but the owner didn’t know his birthday or how old he was. Their guess was he was five. He was being surrendered because the owner lived in a one-bedroom apartment. Since no one was home, Koda was left in a crate all day long. If this was true, it was the reason he weighed 114 pounds.

Once I met him, he was ours. When we got to the foster home, we met a huge happy Labrador who wanted to do nothing but play fetch. I signed the paperwork and brought home a 114 pound Lab who thought he was a puppy, with an energy level that never seemed to end.

Within two and half months, with two daily walks and lots and lots of playing fetch in the backyard, he was down to 100 pounds, his ideal weight.

Coming up on almost a year, we still walk twice a day and play fetch every few hours. He is a very happy Lab who leaves magic golden fibers all over the house.